A few days ago I posted a fact situation that is true and recent. It can be found below. At that time I said that I would post my views on the law and also include a link to the actual case. Here they are:

You need to keep in mind that this couple was married and living together at the time the mother and children left Germany to travel to Canada for an ‘educational exchange’.

They both had rights of custody to the children which means that neither one of them was in ‘control’, nor could either of them dictate to the other what would happen with the children.

How can one parent ever empower themselves to do this:

4. The father is extremely upset and takes every step possible within the legal process in both Germany and Canada to have the children returned to Germany.

5. The father understands that if and when the children are returned to Germany the mother and he will get involved in a custody battle in the German courts. Nevertheless, the wants the children returned. He misses them.

6. The mother doesn’t show any empathy for the father. She wants her own way so badly that she starts to brainwash the children against their father and against Germany.

7. Even when the mother is ordered to return she thinks she can control the process. Does this display a concern for the best interests of the children or a self-centered concern for what she wants.

The law in my view is quite clear. The mother thought she was in charge and in control but clearly is not. The Hague Convention is an international treaty signed by many countries who want to make certain that children cannot be kidnapped by one parent without giving any credibility to the claim of the other parent that he or she wants their children returned to their country.

In this case the mother, Baggott, took it upon herself to keep the children in Canada and to disregard the father, Balev’s, desire was to have his children back where they were born and back where they grew up – Germany.

You will see in the actual decision that many courts, including the United States Court of Appeal (in ‘Mozes’), have decided that when children go on educational exchanges it is expected that they will make friends and become integrated into the community of thye country they go to. That is the purpose of an educational exchange. But at the end of the exchange they are expected to return to their country of habitual residence.

Here is the link to the actual decision of the Court of Appeal. If you want to dialogue further abut this just message me and I will respond.

Thanks for your interest.

This is a true story. It is repeated again and again despite the predictable outcome. At the end of this story I will ask for your opinions and your comments – your point of view. What do you think the outcome should have been? Once you provide your perspectives I will post again giving my take on the law and I will include the actual court decision.

This is an international problem. It happens all over the world. There are many similar cases reported in Canada, the United States, the UK, Germany, and almost every country that is a signatory to The Hague Convention on child abduction.

One parent (in this instance the mother) convinces the other that the children, ages 8 and 12, are struggling in school and they should try sending them from Germany, the land of their birth, to Canada, the place the mother lived before marriage and where her extended family lives, to be enrolled in school in Canada for one year. This is popularly known as an ‘educational exchange’. The mother volunteers to go with the children to Ontario where she will get a job and earn some money to help defray the costs of the trip and also to help reduce the family debt.

The father agrees and signs a consent that essentially says that the children can leave Germany from July 5, 2013 to August 15, 2014. The mother then tells him she needs something from him ‘transferring physical’ custody to her because the school requires such a document to permit her to enrol the children. He gives her a notarized letter “transferring physical custody to the mother for the relevant period”.

The mother and the children leave Germany for Canada with two suitcases. Most of their belongings were left behind in Germany. The father continued to reside in the family home which had been purchased years before by him and the mother.

While in Canada during this educational exchange the mother decides that she will stay in Canada with the children and not return to Germany even though she well knew that the father had only consented to the children being in school for a time limited stay in Canada.

At one point the daughter said to the mother: “This is a long vacation”, to which the mother replied: “it isn’t a vacation any more”.

The law in both Germany and Ontario make it clear that both parents share joint custody of the children. No one parent then has the right to make a unilateral decision. It requires either agreement or a court order.

The father, who had kept in contact with the children every week by Skype, and who visited them in Canada twice, was extremely upset that the mother was denying him the right to have his children in his life. He immediately started a court proceeding in Ontario for the return of the children. This proceeding was started under the terms of an international treaty on child abduction called The Hague Convention. The treaty deals with the return of children to the country of their habitual residence where they have been either wrongfully removed from that country by one parent, or wrongfully retained in another country by one parent, as was the case here.

The children did object, but both the social worker and the children’s lawyer found that they had been influenced by their mother. Also, the level of their objections lacked the necessary ‘strength of feeling’ required at law to allow a court to take their point of view. The children objected to return to Germany because their dog was too old to go on the airplane, there was too much homework given by the school in Germany, Germans were ‘mean’ and Canada felt like home.

Here is the question for you:

Should the court order that these children be permitted to stay in Canada or ordered to return to Germany – and why do you think so?

STEVEN M BOOKMAN is a family lawyer who practices with BOOKMAN LAW in Toronto, Ontario. He can be reached at [email protected] or at 416-488-2243. www.bookmanlaw.com

Steven is the founding lawyer at Bookman Law. His experience and determination permit him to achieve the best possible outcome for his clients. He is a respected advocate and strong negotiator. Steven writes and publishes in the areas of family and estate law, mentors young lawyers and instructs students in these specialized fields.

THE HAGUE CONVENTION – THE NEW RULES 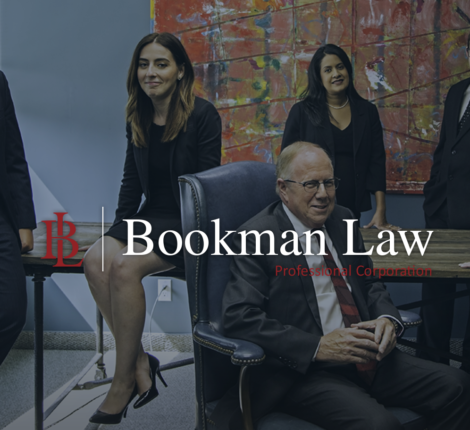